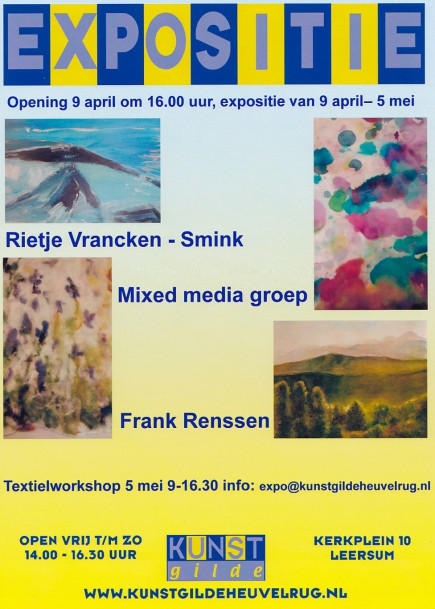 From april 9 till may 5, 2016  Rietje Vrancken-Smink, the Mixed media groep and I exhibit in the  Kunstgilde Heuvelrug- art society, at Kerkplein 10 Leersum. The exhibition opens on april 9 at 6.00. Last year I painted trees, mountans and seascape of California, where I regularly stay. 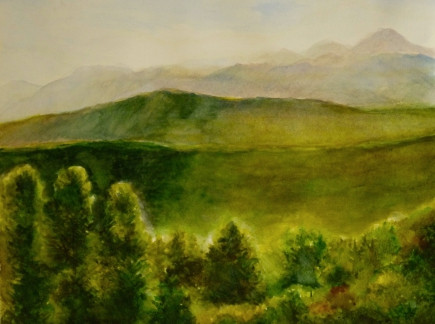 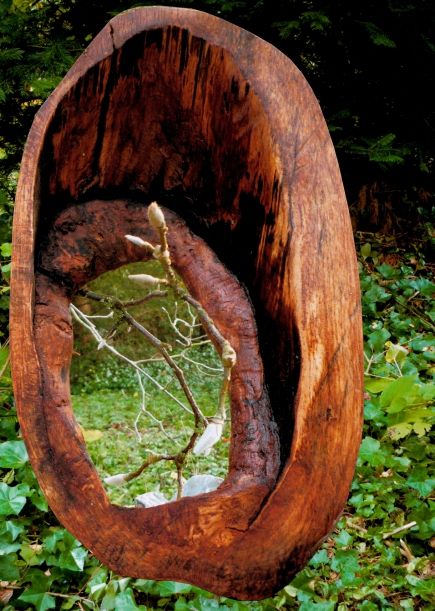 Considering all forecasts and omen for 2016 one tends to forget that nature has its own heralds like magnolia’s buds. 2016, a year full of hope. 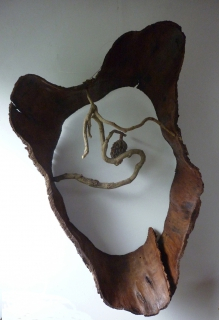 From december 2015-12-12 to january 2016-01-07 the Heuvelrug Art Society(Kunstgilde Heuvelrug) organizes an theme-exhibition, in which eightteen artists participate with paintings and sculptures. The theme 'security', a topical subject, in this time of frightening violence and insecurity. People are longing for a safe and reliable future. 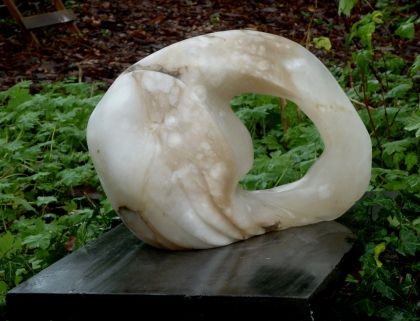 I participate with sculps in which these various aspects of security are portrayed. The exhibition will be opened on december the 12th of december 2015, 16.00 at the Heuvelrug Art Society Leersum. 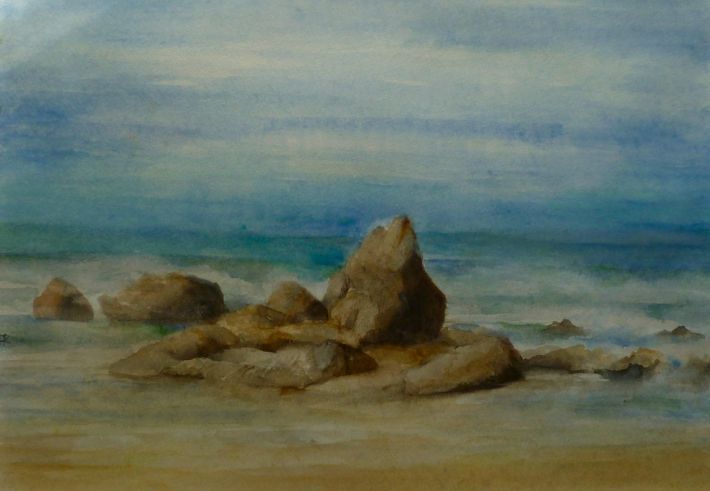 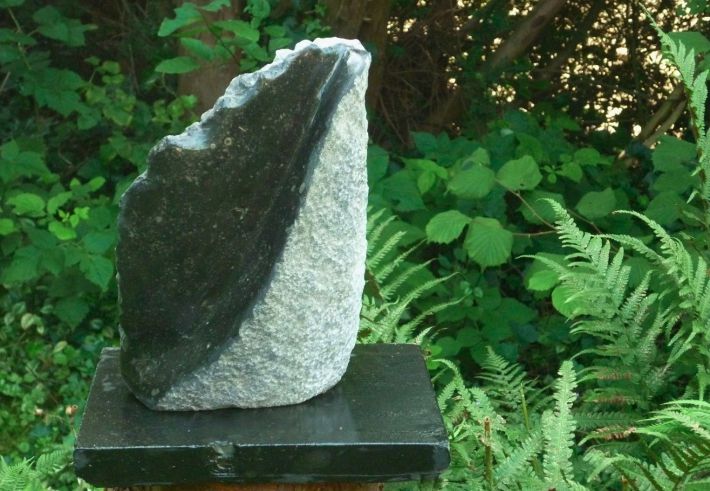 Thirty one artists opened their studios from 12.00 -17.00  on october 4 and 5 2015.The annual Art trail Driebergen comprises a large variety of painters, ceramists, sculptors, bookbinders, weavers, photographers and silver & goldsmiths.  The Arttrail is opened by alderman Hans Nijhof on friday oktober 2  2015, 20.00 hour at Galerie Driebergen, Bosstraat.

Beaches in Southern Califonia are a wonderful experience.You meet the Pacific when its waves make tiowards sandy or pebled shore, changing what was ever there before. A continual miracle that I watch and hear while wide translucent waves throwing showers of salty stars on shore. From serene calm to turbulent storm, seascape with ever changing colours, light and shapes. It is this wide variety of moods that I try encompass in my paintings and sculptures, From an oncoming thunderstorm to a playful sealion. Kunstgilde Heuvelrug organinizes a theme -exhibition on beach life from july 4-6 august 2015. Opening: july 4 at 16.00. Opening hours from friday-sunday 14.00 -16.30. 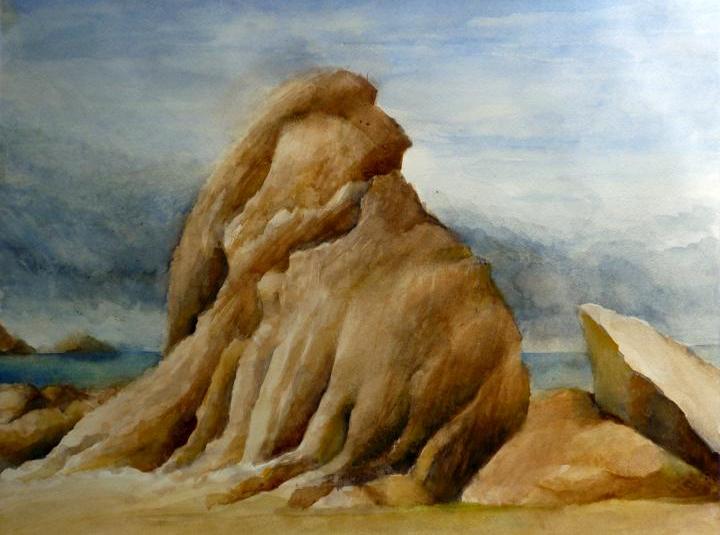 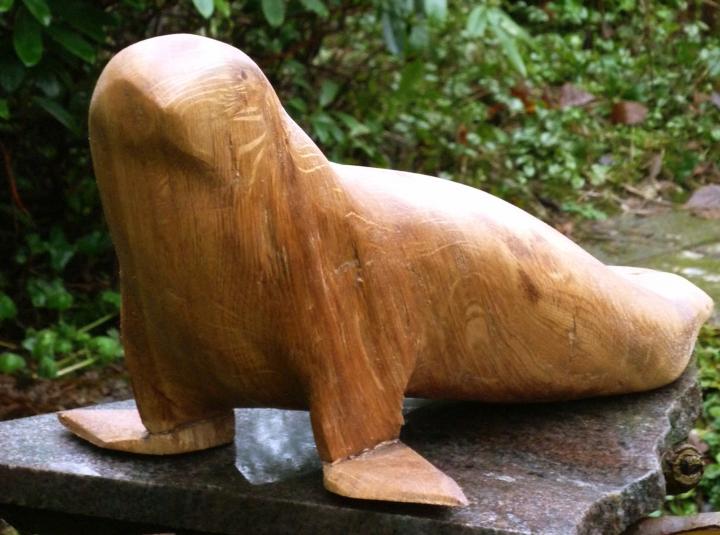 Shopkeepers from the main shoppingstreet Traay open their display windows for Driebergen's visual artists from may 30 till june 21 2015.  Together they arrange an exhibition in the display windows under the name Traay Art. During three weeks the whole Traay will be transformed into a showcase of Driebergen's artistry. When strolling along the Traay stop for a while at Ararat,Traay 68, where Liparit Vekilian and Maria Mouradjan, specialists in vegetables, fruit and delicacies, and I work together. Our theme is Armenia in Driebergen.
More information on Traay Art : www.traay-art.nl
Mount Ararat and the Khor Virap monastery with vinyards in the forefront, oilpainting 2015

Mount Ararat is a snow-capped and dormant volcano in Turkey consisting of two major cones Greater Ararat (5137m) being the highest peak in Turkey and the entire Armenian Plateau and Lesser Ararat with an elevation of 3,896 m. Mount Ararat is associated with the Mountains of Ararat where, Noah's Ark came to rest. It also plays a significant role in Armenian culture and nationalism. The mountain can be seen on the coat of arms of Armenia.
The monastery Khor Virap is one of the most popular destinations in Armenia , primarily because Grigor Luisavorich (St. Gregory the Illuminator) was imprisoned for 13 years before curing King Tiridat IV of a disease. This caused the conversion of the king and Armenia into the first officially Christian nation in the world in the year 301. Khor Virap is a national Armenian monument. 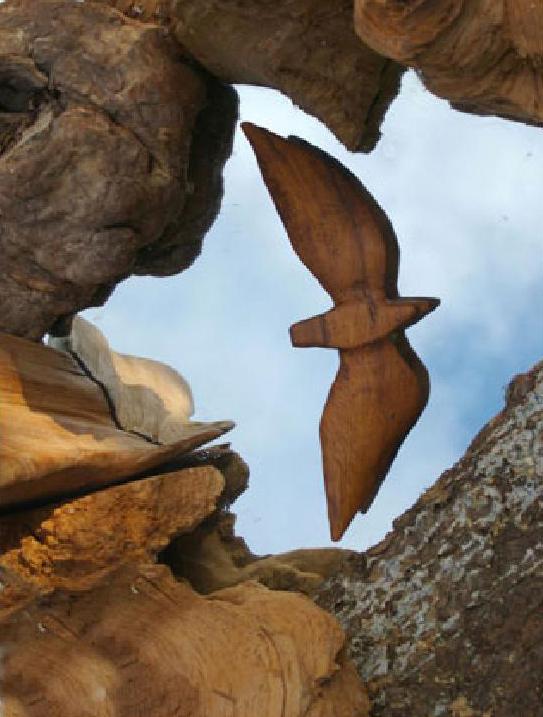 From a familiar surrounding off into the new year

The annual Art trail Driebergen comprises a large variety of painters, ceramists, sculptors, weavers, photographers and silver & goldsmiths. Annechien Ingen Housz  showed her weaving fabrics at W.v.Abcoudelaan,  where I showed my paintings and sculpts too. Liesbeth Brouns made some beautiful pictures of all participating studios. My studio and garden were bathing in the bright sunlight.

A journey through time 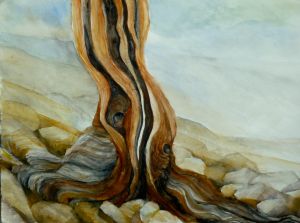 This year I  payed special attention to the bristlecone pine, pinus longaeva,  growing on the slopes of the White Mountains  in Eastern California. There we camped a few days. We walked the Methuselah Trail through the Ancient Bristlecone Pine Forest, past one of the world's oldest trees (4600 years). These trees have been sculpted by wind, ice and extreme exposure to the elements. A natural sculpture garden, which inspired me to paint a series of watercolours and a oil painting.

Exhibition at the Townhall Doorn 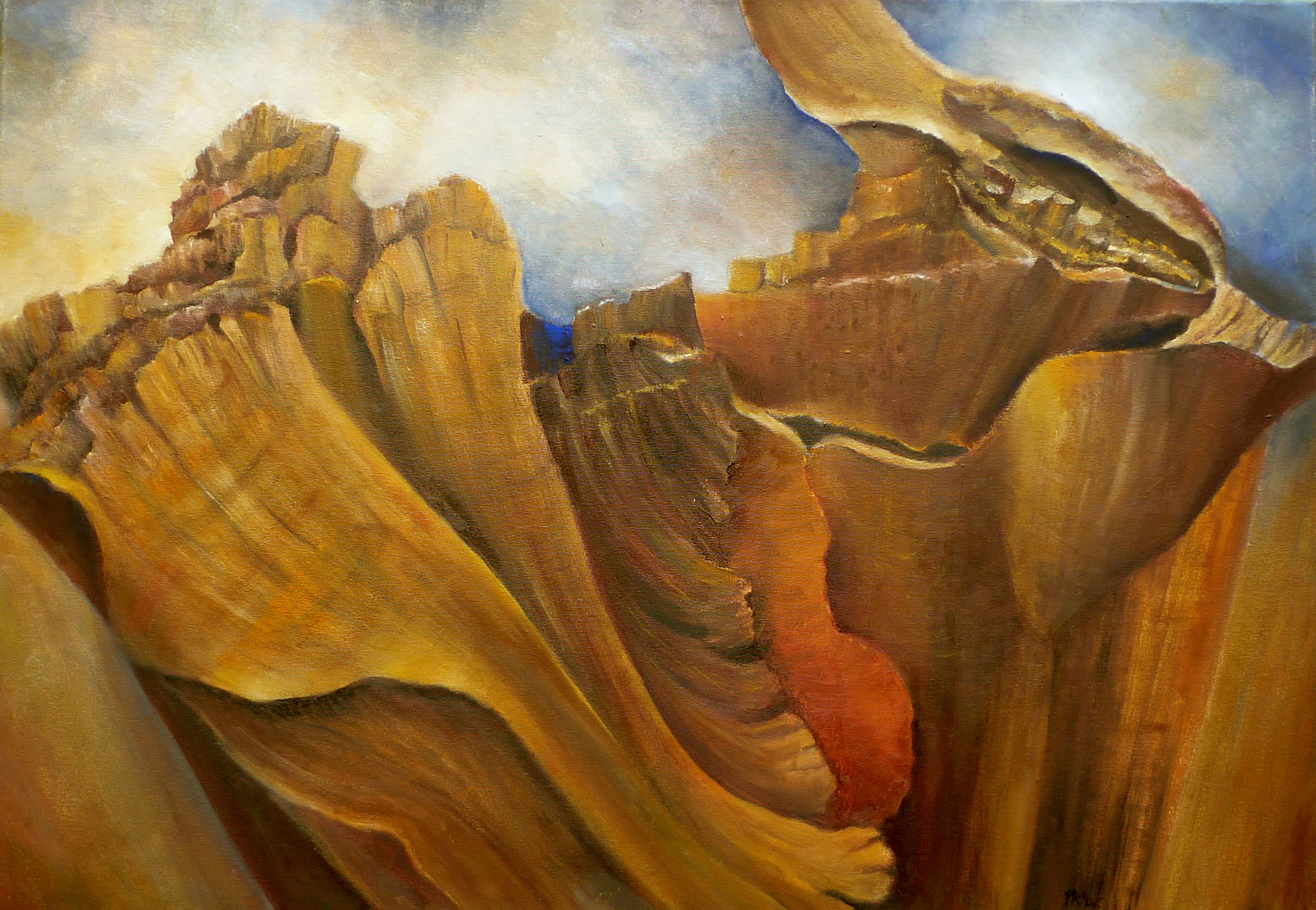 From january 6- february 5 2015 the regional library allows me to exhibit paintings and sculptures at the Municipal Cultural Center/Townhall in Doorn. My paintings show flowers, trees, seascapes and stones. My sculptures in wood and stone are made with the material' s shape continously in mind. The exhibition is open during the municipal office hours. 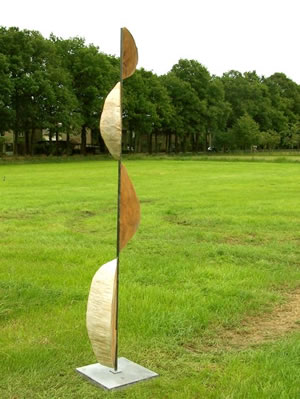 The 25th anniversary of Kunstgilde Heuvelrug, Art society is celebrated with an exhibition. The leading theme is Connection. From july 5 to july 31 2014. Opening: saturday july 5 at 16.00. Opening hours: Friday-Sunday 14.00-16.30. 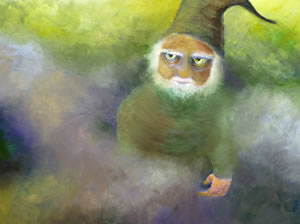 Fête de la Musique is an exhibition for members Kunstgilde Heuvelrug, Art society who relate pictural art to Music. Being a member of the Driebergen Chamber Orchestra, which gave a concert with Moessorgsky’s Pictures at an Exhibition, for which I made some pictures. Exposition: june 6 - july 3 2014. Opening: saturday june 6 at 16.00. Openinghours: Friday-Sunday 14.00-16.30. 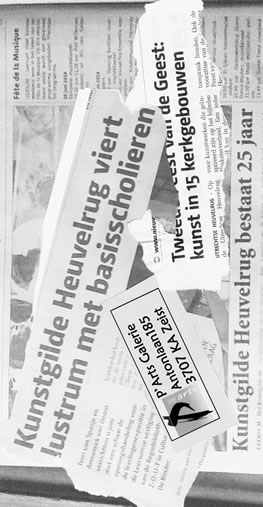